One of the best things about Shurtape 724 label tape is that it is hand tearable-no tools required.

Unfortunately, what it does not do is tear straight. Not needing a tool is great, but using scissors to cut your console tape does more than just give you a nice straight line.

By cutting it and giving it a crisp edge, you minimize the chance of moisture or contamination creeping under the tape, which will eventually cause it to curl and peel off.

Since most sound people have a tool box within easy reach all the time anyway, the addition of a small pair of scissors is worth the extra weight.

Patch bay labeling presents some special challenges and Shurtape 724 is ready to step up.

When labeling a patch bay, you need to be able to write on it with a Sharpie and have confidence that it will remove cleanly and not damage painted surfaces, but traditional console labeling tape in 3/4 inch and one inch widths is too wide to fit between the narrow rows of connectors on most patch bays.

724 is also offered in a half inch width as a standard size, just right to fit snugly on your patch bay.

For best results, label the tape before you apply it rather than trying to write on such a narrow surface when it is already in place. 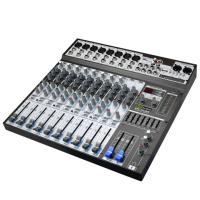 There are lots of guides and “how to’s” for people new to sound system operation, but they tend to be too technical for someone just getting started.

We found this guide on Wikihow and can recommend it to anyone who wants to understand how sound systems are put together.

There’s just one bit of their advice that we take exception to.  They recommend labeling them mixer with painters masking tape.

Paper console labeling tape is a much better choice.

Tape specs and descriptions tend to be a little mysterious (e.g. “adhesion to steel”), and the description of Shurtape 724 includes one of those terms.

The term is “flatback”.

What this refers to is the smooth “flat” finish for the non-adhesive side of the tape. The most popular paper tape is masking tape, and it has a “creped” textured finish as opposed to being smooth.

Being “flatback” means that 724 paper tape has a smooth surface for writing or printing. This is one of the features that makes it so compatible with the Sharpie Marker every sound or lighting tech has in his pocket.

One of the often overlooked features of Shurtape P724 is something called “edge tear resistance”.  This little understood tape quality is one of the things that makes this such a great product for labeling your sound or lighting control console.

Tape placed on a console is constantly under pressure along its edges from the operator’s fingers as they move faders or adjust other controls.  This pressure from the side makes many tapes, like masking tape, prone to tearing and bubbling as it stretches.

Edge tear resistance means that the tape has strong edges that will continue to adhere to your console surface until you are ready to remove them.

Just another reason why Shurtape 724 is the best console labeling tape you can buy.

Tool boxes get heavy fast, so any time you can find a single product that fills multiple roles, it can save space and weight.

While paper console tape can be used for making signs, marking stage and spike marks and creating temporary labels, one job it is not right for is cable bundling.

It is a common practice to use tape to create temporary cable bundles or to secure cables to keep them from tangling.

Unfortunately, the rubber adhesive that makes this tape easy to remove and normally residue free, tends to react with rubber coated audio and power cables and it can leave a mess behind.

If you want to bundle cables with tape, gaffers tape is a much better choice.

Shurtape 724 features an adhesive which is described as “repositionable”, which means that the tape can be removed cleanly from one surface and re-applied to another, a very useful feature when labeling audio gear.

That may mean that this tape is not suitable for other uses where more adhesion is needed.

A common complaint among users who try this product in other applications is that it is not sticky or that it curls up.  Both are legitimate complaints, but can be blamed on using the wrong “tool” for the job.

In order to get maximum adhesion  from Shurtape 724,  there are couple of tips that might help.

Never touch the sticky side of the tape.  Moisture and oil from your skin reduce its adhesion.

Use in a low humidity environment where the sticky side of the tape won’t absorb moisture.

If you need to remove and then re-adhere the tape, make sure that the adhesive side is not contaminated with dirt or dust.

If a tape that can be written on but which has a more aggressive adhesive is called for, gaffers tape may be what you need. 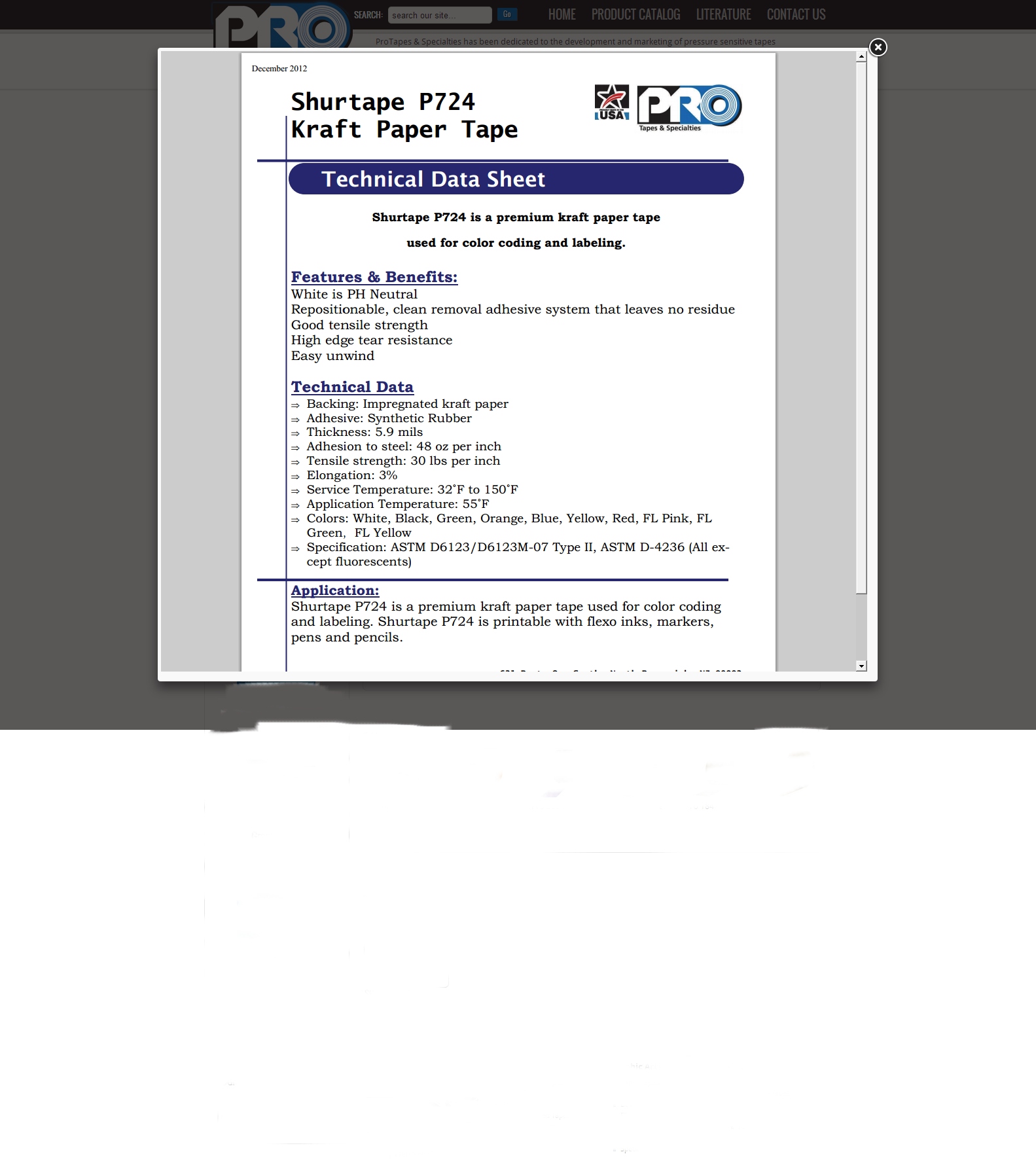 High grade materials and quality control are what make Shurtape 724 the professional audio tech’s first choice for console labeling.  Here are the specifications. Tired of having your console marking tape disappear?

You can purchase by clicking here.